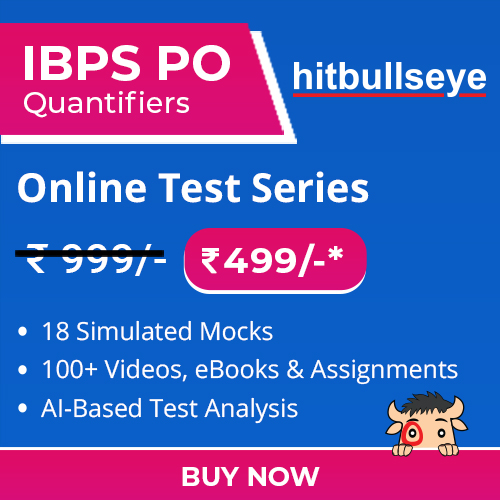 Expert tips on Precis Writing along with solved example
Rate Us
Views:2754

What is a Precis ?

A precise is like a miniature portrait of the passage: it retains the absolute essential points accompanied with the mood and tone of the author of the passage. The one aspect one must be careful about is that one should not add one’s subjective interpretation or comments to the précis and should try to retain the original author’s voice and opinions. As far as the writing style is concerned, one must ensure that one write clear and effective sentences (no rambling) and one’s diction is flawless. Ultimately, it the coherence of the views that you presented in the précis that matter, and this can be achieved by making sure that one is precise and to the point in one’s approach. Unnecessarily long sentences or rambling thoughts are not required in précis writing, and one should make sure that one sifts from one point to another in a smooth matter. At the end of the day, the précis should make sense and be logical in its presentation.
While keeping the above in mind, you need to keep in mind what a precis is not. The following are some of things that should not be a part of or a reflection of the precis:

Features of a Good Precis

Get to know what really helps to clear a GD

Precis in the making

When one is writing a précis, one should take care of a few essential points. The first thing is that one needs to convey the general idea of the argument with absolute clarity. The second thing that you need to do is to make sure that all the important points of the original passage are included in the precis. Lastly, make sure that the language of the précis is clear, crisp and concise, and follows the rule for correct diction.
The following rules are general guidelines you should follow while writing a précis:

Writing a Precis of a given passage.

Sample Passage:
There is an enemy beneath our feet - an enemy more deadly for his complete impartiality. He recognizes no national boundaries, no political parties. Everyone in the world is threatened by him. The enemy is the earth itself. When an earthquake strikes, the world trembles. The power of a quake is greater than anything man himself can produce. But today scientists are directing a great deal of their effort into finding some way of combating earthquakes, and it is possible that at some time in the near future mankind will have discovered a means of protecting itself from earthquakes.An earthquake strikes without warning. When it does, its power is immense. If it strikes a modern city, the damage it causes is as great as if it has struck a primitive village. Gas mains burst, explosions are caused and fires are started. Underground railways are wrecked. Buildings collapse, bridges fall, dams burst, gaping crevices appear in busy streets.If the quake strikes at sea, huge tidal waves sweep inland. If it strikes in mountain regions, avalanches roar down into the valley. Consider the terrifying statistics from the past 1755: Lisbon, capital of Portugal - the city destroyed entirely and 450 killed. 1970: Peru: 50,000 killed.In 1968 an earthquake struck Alaska. As this is a relatively unpopulated part, only a few people were killed. But it is likely that this was one of the most powerful quakes ever to have hit the world. Geologists estimate that during the tremors, the whole of the state moved over 80 feet farther west into the Pacific Ocean. Imagine the power of something that can move an entire subcontinent! This is the problem that the scientists face. They are dealing with forces so immense that man cannot hope to resist them. All that can be done is to try to pinpoint just where the earthquake will strike and work from there. At least some precautionary measures can then be taken to save lives and some of the property. (330 Words)'
Based on the above paragraph, we-arrive at the following theme sentences for the four paragraphs:
The above four theme sentences can be developed into the following outline:
Based on the above outline, we can make the following rough draft:
Earthquake is the deadly enemy of mankind. Earthquake strikes all without a distinction of nationality or political affiliation. The power of a quake is greater than that of any man-made weapon of destruction. An earthquake strikes mankind without a warning. A modern city when struck is reduced to a rubble. A quake strikes plains, seas and mountains causing all round destruction. The quake struck Lisbon in 1755 killing 450; Peru in 1970 killing 50,000; Alaska in 1968 moving it 80 feet into the Pacific Ocean. Scientists are trying to find out means to combat earthquakes and they are able to predict at least where the earthquake will hit so that precaution can be taken to save man and property from destruction. As the number of words in the rough draft is more than required we shall have to reduce it further without reducing the ideas.

The final draft would look as follows:

Earthquake is the mankind's deadly enemy. Earthquake strikes all without a distinction of nationality or political affiliation. The power of a quake is greater than that of any man-made weapon of destruction. An earthquake strikes mankind without a warning. A modern city when struck is reduced -to a nibble. A quake strikes plains, seas and mountains causing all round destruction. The quake struck Lisbon in 1755 killing 450; Peru in 1970 killing 50,000; Alaska in 1968 moving it 80 feet into the Pacific Ocean. Scientists are trying to find out means to combat earthquakes, to predict the origin of the quake so that precaution can be taken to save man and property from destruction.(115 words)

Check out how you can improve your interpersonal skiils and communication
If you have any question, suggestion or feedback, feel free to post it in the discussion box given below.
Bank-PO GDPI Preparation Links:
Rate Us
Views:2754