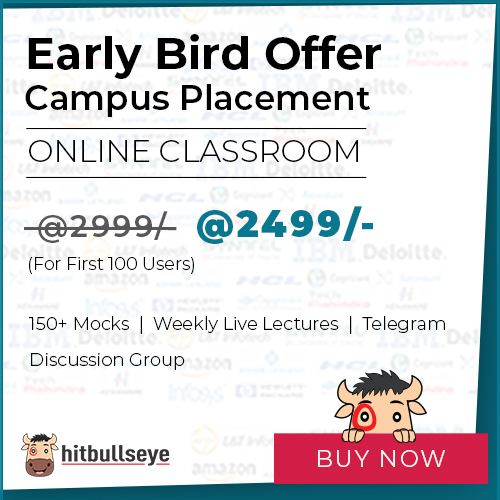 Comprehensive list of commonly asked questions pertaining to the speaker in GDs
Rate Us
Views:3916

Q. Should I be the first speaker or should I speak late in the GD?

Speaking first may have some advantages, if you can manage to produce some original content. However, if you have nothing substantial and sensible to say, it may be (and often is) counterproductive. Speaking sense is more important than when to speak or how much to speak. Similarly, speaking late does not necessarily bring disadvantage. In fact, you might be able to watch how the discussion is progressing and pick up ideas on which you can elaborate and substantiate. It is commonly observed that the group tends to settle down after the initial period and at this point, if you have something to say, it would get better noticed than saying it earlier.
However, some points that you should consider are:
However, be aware that most of the participants would be prepared for a somewhat similar role.

Q. What should I do if nobody speaks up when the topic is given?

Sometimes it happens that the group does not have any clear points on which it can begin discussion. To take advantage of such situations, you can prepare by thinking about how to provide direction. Some tips are:

Q. What role should I play in the GD? Should I be aggressive, one who speaks less, a mediator or idea generator? And what does playing each role mean?

An aggressive person generally jumps to start the discussion, talks a lot, dominates the proceedings and tends to impose his views on the group. It is commonly believed that being aggressive is beneficial - it is not. Such a behavior is not accepted yet you find it commonly in almost every GD. Even if you have a brilliant point to say, it is more important to time it well and say it appropriately than saying it at any cost. Team skills are generally considered far more important.
What is the correct role to play then? Be natural. If you normally don't talk much but can listen very well, be a listener - take down notes, participate by actively listening through the discussion. If, however, you can play the role of the mediator more effectively - intervene if there are conflicting ideas, the group is going nowhere or if there is a lull. If the group has run out of ideas and if you believe you are the idea generator think about how the same issue can be approached from another angle. The bottom line is that the role should come naturally to you. Often, you may need to play more than one role and be prepared for this.

Q. Is it correct to change your stand during the course of a GD?

Yes, if it is genuine and you can rationally explain why you have changed (you may not be asked this during GD but you could be asked during the interview). Changing your stance due to genuine reasons conveys flexibility and openness/ objectivity on your part. However, it should not arise out of confusion. If you do change, it is recommended that you do not change again.
A good way of changing your stance would be to say "When we began the discussion, I believed ….. to be so; however, considering ….. stated in the discussion, I think ….. to be more appropriate". An improvement over this would be an ending question such "do you agree?" or "am I right in my conclusion?" This leaves the conclusion open for discussion and allows a more gradual transition of your stance. This is better than announcing a changed stance abruptly.
For example, if at the beginning of the discussion you believed that women ought to be given reservation in elections and subsequently changed your opinion to against reservation; you can say "Initially, I believed that we should have reservation for women. However, I am now persuaded by the argument that there can be no basis for differential treatment, which is what the reservation is all about, in a democracy. On this basis, I think I would prefer a different means to uplifting women. May be we could look at subsidizing the education of women up to graduation or make it mandatory for girls to study up to 12th. There may be other such measures which may be more effective. Can we identify such means?" Note that the statement ending in a question, throws the issue open for discussion. Also, note that the opinion has been changed without being too open about it.
If, instead of changing the stance and arriving at a new, firm stance, you have just become unsure about your original stance, you can say this (if at all necessary) with something like "I did believe that reservation was necessary but some of the issues raised here seem to contradict the need and are compelling." There can be no one-size-fits-all solution and it depends on the situation at hand!

Q. Should I have strong views for or against a notion or should I be more conciliatory?

It is not at all necessary to have strong views on an issue. Even if you do have strong views, it is important to be objective and state your views unemotionally with fact and reason. The objective is to conduct a meaningful discussion and not enter into an emotional debate.
A discussion has four components:
Beyond a point, being conciliatory is not very helpful. It is important to be objective, which means that if you are wrong, you accept gracefully; if you are convinced of your view point, put it across gently without being offensive or else defer the issue saying that it could be taken up a little later. A compromise may also be possible, in case both the viewpoints have some merits - be ready for this with a statement like "I think both the views have some merits and some demerits. May be we could discuss this further". Also you can involve the other group members by asking open ended questions like "does anyone have a different perspective on this?"

Enhance your decision making skills by practicing the short case studies
If you have any question, suggestion or feedback, feel free to post it in the discussion box given below.
Other Resources for Placement Training:
Rate Us
Views:3916